Following her graduation from Fontbonne with her Bachelor of Arts in Speech and Drama, Maggie Gunn Fowler served as a papal volunteer high school teacher for two years in Belize. She taught English, religion and sewing and directed drama activities after school. Maggie was later chair of St. Joseph Academy’s speech and drama department from 1966-1970. She later embarked on a career in fund development, including the position of director of development at Fontbonne from 2004-2005.

Throughout her family, community and personal endeavors, Maggie has maintained her service to Fontbonne and was recognized for her commitment in 2014, receiving the Service to the University award. She has balanced volunteer work for her parishes, children’s schools and the Sisters of St. Joseph of Carondelet Motherhouse. Maggie is a charter member of the Fontbonne Community Connection (FCC), a women’s giving circle. She has held several leadership positions on the FCC, including chair. Maggie is currently serving as the co-chair of the membership committee.

Maggie married her husband Ed in 1970. Together they have five children and eleven grandchildren.

Maggie comes from a long legacy of Fontbonne alumnae. In fact, her family’s history with the school literally goes back to the University’s founding. In 1923, her aunt Catherine Gunn Dye was the first to matriculate as a college student at the Sisters of St. Joseph of Carondelet Motherhouse. In September 1925, Maggie’s mother, Loretto Hennelly, was in the first freshman class to attend Fontbonne at its brand new Wydown campus. Other family Fontbonne graduates include her sisters Kay Gunn Martin ’55, Sister Donna Gunn ’61, CSJ and Bridget Gunn Calcaterra ’72, plus sisters-in-laws Lee Hynek Gunn ’63 and Kate Toohey Gunn ’65. Several members of the Gunn family have also received the prestigious Founders Award: Loretto Hennelly Gunn (1986) Donald Gunn, Jr. (1989), Sr. Donna Gunn, CSJ (1996), Thomas M. Gunn, (2004) and Kate Toohey Gunn (2015).

Celebrate Maggie’s achievement with a tribute gift made in her honor to the Founders Loyalty Fund. 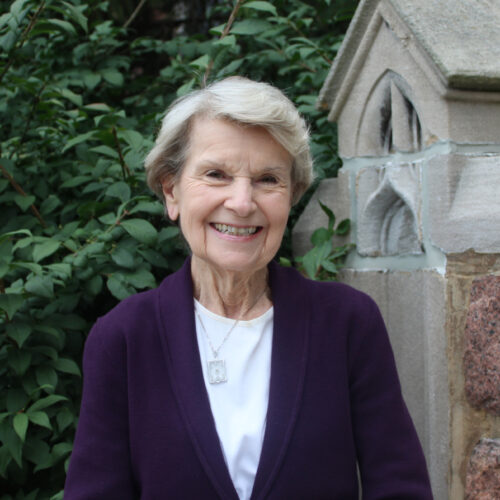 PrevNext
We are using cookies to give you the best experience. You can find out more about which cookies we are using or switch them off in privacy settings.
AcceptPrivacy Settings
As we continue to monitor the status of COVID-19 and guidance from the CDC and St. Louis County, Fontbonne has implemented health and safety precautions for a return to campus.Learn more about the CARES Act and Griffin Return.
+