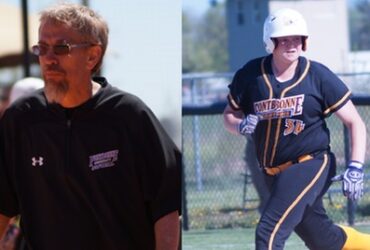 This is another induction for Rosner and Danielle Glixman with them being inducted into the Fontbonne Hall of Fame a year ago.

Coach Rosner was at the helm of the Fontbonne softball program from 2009-16 where he amassed a 222-99 overall record. He’s the all-time wins leader in program history and was a three-time SLIAC Coach of the Year.

She ranks second in runs scored (136), homers (19), and fifth in triples (eight). In 2012, she was named the St. Louis Intercollegiate Athletic Conference (SLIAC) Newcomer of the Year and earned NFCA Midwest All-Region First Team honors.