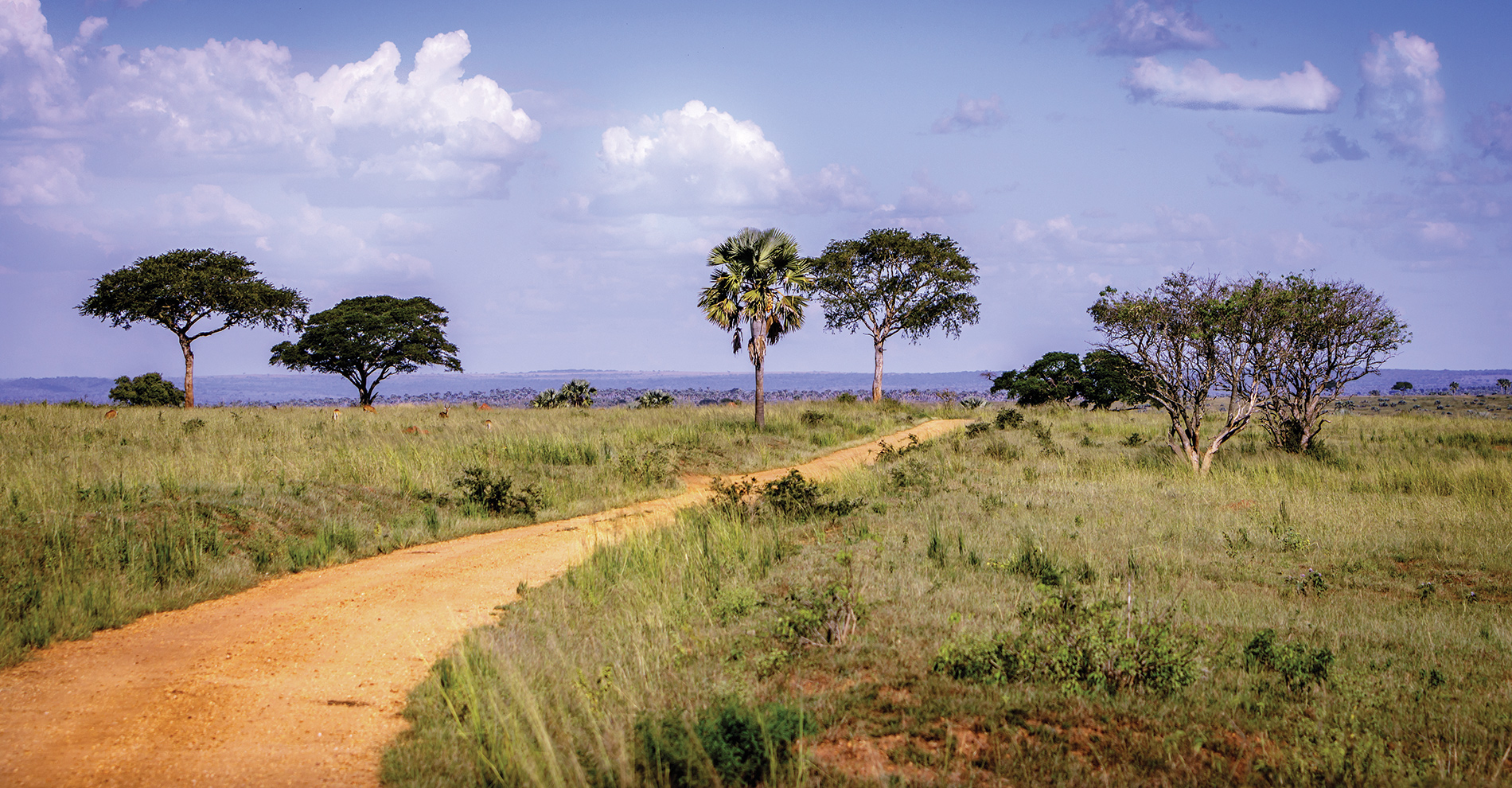 A group from Fontbonne discovers community far from home.

In the summer of 2017, Fontbonne University offered the campus community the opportunity to go into the world and learn more deeply the values of justice, solidarity, simplicity, self-identity and vocation. The Gulu Immersion Project took six students, two staff members and two faculty members to Gulu, Uganda, where a group of CSJs serve the local community. The participants hoped to immerse themselves in the work of the sisters and the people there, reflect critically on issues of faith, privilege and justice, and learn new skills, languages and talents to help transform a world in need. The experience surprised, changed and challenged them all. Here, Dr. Wohlford, associate vice president of academic affairs, gives Fontbonne Magazine her personal perspective on the experience and explores just who our neighbors really are.

Before we left for Uganda, the Sisters of St. Joseph offered us a blessing in Doerr Chapel. They asked us what we hoped to experience in Uganda, and I offered that I hoped to gain some insight into a country about which I had only generic images, ones that said “Africa,” as if the entire continent could be represented in one place. I wanted to see beyond the images I already had in my head — the ones that said “third world” and little else.

When we got to Uganda, some of those images were real. Women astonishingly did carry everything from chicken to lumber to suitcases on their heads. We saw pick-up trucks with 20 or more men in them, sitting on the edges, pouring over the roof in violation of every safety rule I could imagine. We saw children raiding a dumpster for food, others walking barefoot in tattered clothing. We saw hippos and crocodiles in the Nile, and lions, giraffes and elephants in their natural habitats.

I took countless pictures of the animals, it’s true; we were slack-jawed with wonder. But I made a point otherwise not to take photographs of those images that only confirmed those pictures of “Africa” already provided by American culture, the ones that didn’t teach me anything. I wanted to challenge myself and the students to learn about Uganda, a real place with a real history and complex and compelling people — a place like any other place and yet entirely unique unto itself that was deeper than those images.

And we did learn about the civil war, the utter brutality of kidnapping, rape and murder. We learned about the particular hardships endured by the people of Gulu, where we stayed, as Joseph Kony’s Lord’s Resistance Army terrorized its own people and the government often acted little better. I felt a heaviness in the pit of my stomach when Sister Hellen, headmistress of St. Joseph’s primary school, where children sang and danced and performed and laughed with us, explained to us that 40 of the school’s children had been abducted more than a decade ago and that the fates of 11 of them remained unknown. I fell silent as she pointed toward a corner of the school building that a grenade had hit. One evening, on the way back from a spirited day of meeting locals, we witnessed the gruesome aftermath of a motorcycle accident, which are common in Uganda, and the howls of devastation from the grieving crowd transcended language and culture.

But as we listened to Sister Hellen and to countless others who showed us the real Gulu, we found much more than tragedy, including the joy we saw in her buoyant spirit and the pride she took in her students. One night as we reflected on our experiences of the day, an activity that Lori Helfrich, Fontbonne’s director of campus ministry, guided each evening, I asked that we consider what we envied about the Ugandan people, to watch not for ways in which we could feel sorry for them but to learn from and about them.

It wasn’t hard to answer. We envied the sustainable ways that communities were rebuilding themselves, so that schools were also clinics and farms and restaurants and guest houses — each place found ways to stretch resources and build community that we could not have imagined in our own. We envied the gorgeous local fabrics, artwork and instruments, the friendliness of so many people who insisted “you are welcome here.” One of my favorite exchanges in Uganda was with a man who asked me whether we had bananas in the United States. When I said yes, he asked me, “What kind?” I had never before realized that the United States lacked such a rich diversity of bananas!

We admired the way that children are considered riches to their parents and the pride that families took in the education of their children. We envied the ways that women were becoming empowered as leaders and the openness of the communities to treating trauma as a necessary part of healing. We were awed by the courage of a museum that documented the war, still an open wound, in the heart of the conflict zone. And we were humbled by the openness of a society that itself was only a decade out from civil war to embrace refugees from the crisis in nearby South Sudan.

One Saturday afternoon, as we joined a group of 40 or so women receiving water filters as a part of the Water with Blessings project, under a tree in a rural village, a man walked up the village path, agitated and shouting. We could not understand him, but one of the local teachers turned to us and said, “Do not be afraid; he has some mental health problems.” We watched as the men of the village gently guided him away from the crowd, not in anger or embarrassment but in a way that showed he was their collective responsibility. There was a kindness in the gesture I did not recognize in our own country.

History has been cruel to the people of Gulu, for a long time. Several times, impressed at the spirit of reconstruction and resilience of the Ugandan people, I asked a host, “Do people ever worry that the war will come back?” Every person replied, “Yes, of course.” Maybe it is because of what they have lost that they know how much it means to rebuild their lives and livelihoods anyway.

I miss Gulu, not because I miss the images of a far-off place that seemed exotic or distant but because there are real, resilient, innovative people there who remind us what community — the dear neighbor — means. My students, colleagues and I are better neighbors for it.