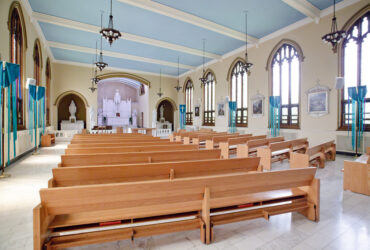 As a Catholic institution founded by the Sisters of St. Joseph of Carondelet, Fontbonne has instilled important values such as integrity, diversity, service, community, respect, and faith in thousands of students. In recognition of National Catholic Schools Week, an annual celebration of Catholic education in the United States beginning the last Sunday in January, we spoke with five members of the Fontbonne community about what Catholic education means to them.

After graduating from Cor Jesu Academy, Maggie Hood wasn’t looking for a Catholic university but is glad she found Fontbonne.

“It turned out that my grandmother went to St. Joseph’s Academy when it was located on Fontbonne’s campus,” Hood said. “She and my mother encouraged me to check it out, and when I finally visited, I immediately felt like I was a part of the family.” 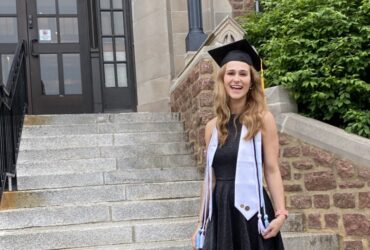 “I wasn’t ready to leave,” Hood said. “I love that I get to continue representing a school I believe in and love so much.”

Hood would recommend Fontbonne to both Catholic and non-Catholic students.

“While Catholicism is an integral part of Fontbonne’s identity, they have used it to open the doors to anyone and everyone as well as give back to the community with everything they can,” Hood said. “It is a place you will be proud to be a part of and call home.”

Choosing Fontbonne was easy for Jonathan Hotop. He wanted to pursue a career in computer science and had graduated from St. Vincent High School.

“Fontbonne really just made sense for me,” Hotop said. “It is known for its computer science program, and I came from a Catholic high school with 36 people in my graduating class, so the small Catholic university appealed to me. Fontbonne also offers great scholarships, and because I am paying for my own education, any kind of financial aid is huge.” 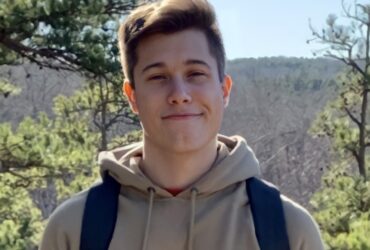 Currently a sophomore, Hotop’s experiences at Fontbonne will help him achieve his goal of becoming a software developer or software engineer.

“The Math and Computer Science Department has been challenging and educational, and many on-campus opportunities have assisted me in learning important life skills such as time management and interpersonal communication,” Hotop said.

“With Catholicism as the foundation of a school, the culture created is that of respect, hard work and humility,” Hotop said. “It helps me stay focused and motivated, even when school can become stressful.”

After serving as an admission counselor at Truman State University and Southern Illinois University-Edwardsville, Katie Dodge was able to realize her dream of working with high school students when she was offered a college counselor position at St. Dominic High School in 2019. 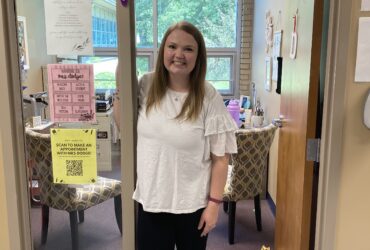 “St. Dominic is an amazing school, and we are so lucky to have such a wonderful community, especially among our students,” Dodge said. “They really care and look out for each other, which can be hard to find as a teen.”

“By keeping Christ at the center of our educational model, our students are growing academically, socially, emotionally and spiritually,” Dodge said. “They show this by how much they care for one another.”

She believes Fontbonne would be a good fit for many St. Dominic students.

“Fontbonne could offer our students the ability to continue to benefit from a small, Christ-centered community while still being close to home,” Dodge said.

Tori Preiss wanted to attend a Catholic university after experiencing the benefits of going to a Catholic grade school and high school. 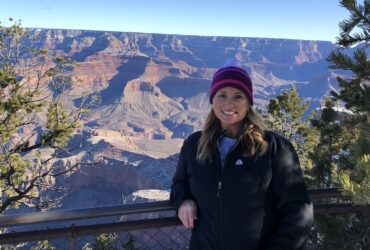 “It provides an everyday reminder and deeper understanding of your faith,” Preiss said. “I wanted to continue my Catholic education, and Fontbonne felt like home because it was small, Catholic and close to family.”

Preiss graduated from Fontbonne in 2012 with a bachelor’s degree in business administration and a minor in graphic design. She worked for Markwort Sporting Goods until 2015 when she became an admission counselor at Fontbonne. Currently an administrative assistant at her former grade school, Preiss thinks her Fontbonne experience prepared her for her career.

“As a student, I learned the importance of time management since I was playing two sports, attending classes and participating in different clubs and on-campus actives,” Preiss said. “I also gained a better understanding of what teamwork entails and how it can make you successful when collaborating with others.”

Preiss remains committed to practicing her faith at St. Michael’s Parish in Shrewsbury, Missouri, where she volunteers to coach basketball, organizes events and coordinates fundraising efforts for a Haitian orphanage.

Yeiry Cruz faced several barriers when it came to making her college dream a reality. Neither of her parents went, and she was concerned about the cost.

“Fontbonne came as a blessing to me,” Cruz said. “I was able to go because of the generous amount of aid I received from scholarships, and that was very important to me as a first-generation student.” 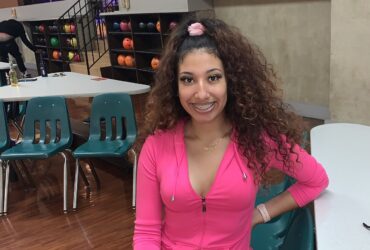 “It was essential for me to have the ability to practice my religious beliefs on my own,” Cruz said. “Fontbonne keeps me grounded and closer to God, and if something goes wrong, I love how I can easily go to Doerr Chapel and pray or talk to a faculty member like Sister Linda Markway.”

For Cruz, transitioning from Cardinal Ritter to life at Fontbonne was easy.

“From the small class sizes to the welcoming environment, the schools resemble each other very closely,” Cruz said. “You’re able to build a bond with your teachers and classmates, and you have great people who care and advocate for you. It’s a home away from home.”

Cruz is currently a sophomore double majoring in psychology and social work and minoring in communications. Although she does not know what she wants to do when she graduates, she is confident her Fontbonne education will prepare her for whatever lies ahead.

“Everyone here has been so helpful and involved with my future that I don’t doubt for a second I’ll achieve my goals,” Cruz said. “With hard work, dedication and prayer, anything is possible.”